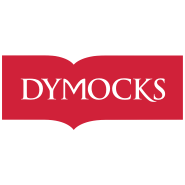 You'll need to enable cookies so we can track your Qantas Points.
Once this is done you will then be redirected to Dymocks.

We are tracking your purchase

when you click through from Qantas Shopping each time you shop

when you click through from Qantas Shopping each time you shop

No coupon code is required

No coupon code is required

The origin of the Dymocks flagship store on George Street, Sydney – Australia’s greatest bookstore – goes back to 1879 when young William Dymock commenced business as a bookseller in nearby Market Street. In 1922, the Dymock family purchased the site of the old Royal Hotel in George Street upon which was built the historic, Art Deco landmark Dymocks building, completed in 1930.

As his business grew, William moved to larger and grander premises until, in the 1890s, he had a million books in stock. He died in his thirty-ninth year. Unmarried and childless, he left the business to his sister Marjory, who was married to John Forsyth. From that time onwards, the Forsyth family has managed Dymocks.

In 1981, John Forsyth, William Dymock’s great nephew, decided to take over the company, selling his own successful printing and publishing business.

As Chairman of the Dymocks Group of Companies, John Forsyth wished to preserve the company's heritage and great bookselling tradition whilst making sure it constantly reinvented itself and kept abreast of the changing Australian market.

In 1986, the Dymocks Franchise System was set up, allowing people to have their own piece of this great bookselling tradition. Since this time, Dymocks stores have been successfully opened throughout the country. Following the opening of a store in Hobart in 2000, Dymocks opened its flagship store in Melbourne’s CBD in 2001 and in Brisbane in 2002 – completing the line-up of flagship stores in all states.

In 2015 Dymocks acquired Telegram, a wholesale stationery business and owner of luxury brands Lamy and Moleskine. Telegram’s retail business Milligram is home of the world’s best designer stationery, office and lifestyle accessories with a number of retail stores in Melbourne.

In 2018 Dymocks expanded into the education market, launching a new tutoring business Potentia, which offers high school tutoring across a range of subjects. The move into education is a natural next step in achieving Dymocks’ mission of ‘education for life’.

Mastercard® is a registered trademark, and the circles design is a trademark of Mastercard® International Incorporated.

For Qantas Shopping Online Mall and Card Offers refer to the Terms & Conditions.

Get a better experience

Unfortunately Internet Explorer is an outdated browser.
To get the best experience using our site, please use a new browser.